Shema Yisroel~A Legend and a Song 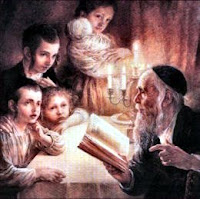 It has been told countless times and it is quite possible that each of these great men used this tactic, knowing full well that the Shema would remain embedded in a Jewish child's mind long after other memories faded. The Shema is an affirmation of Judaism and a declaration of faith in one God. The obligation to recite the Shema is separate from the obligation to pray and a Jew is obligated to say Shema in the morning and at night and it is the last word to leave our lips before we die. 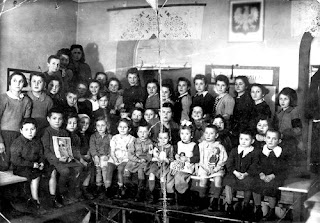 During World War II, countless Jewish parents gave their children to Christian neighbors, orphanages and convents in the hopes of saving them. The parents expected that they, or their relatives, would claim them if they survived the war, but when rabbis or relatives finally tracked down the children, the priests and nuns who had been their caretakers insisted that no children from Jewish homes were in their institutions. Thus, they were not only stripped of their entire families, they were also stripped of their souls. Many remain hidden to this day.
The legend tells us that after the Holocaust, Rov Yosef Kahaneman / Rabbi Eliezer Silver began searching for the Jewish children who had survived the war. (They) learned that many Jewish children had been placed in a monastery, so (they) approached the priest in charge, and asked that the Jewish children be released into their care. The priest responded, "You must have documentation". But the kind of documentation that the priest wanted was unobtainable at the end of the war. (They) then asked to see the list of names of children in the monastery and as they read the list, pointed to names that belonged to Jewish children. "I'm sorry," the priest said, "Miller is a German name, and Markovich is a Russian name, and Swersky is a Polish name. You can't prove that these are Jewish children and if you can't prove which children are Jewish, and do it very quickly, you will have to leave". 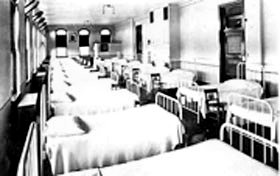 (They) finally asked and were granted permission to enter the children's quarters to see them before their bedtime. That evening the rabbis entered the dormitory holding row upon row of little beds where the children--many of whom had been in the monastery since the start of the war in 1939--were going to sleep. (They) slowly walked through the aisles of beds, calling out, "Shema Yisrael--(Hear, Israel), the Lord is our God, the Lord is One!" One by one, children burst into tears and shrieked, "Mommy!" "Maman!" "Momma!" "Mamushka!" in each of their native tongues.
The priest had succeeded in teaching them about the Trinity, the New Testament, the Christian savior and how to say Mass, but the one thing he could not do was erase the children's memories of their Jewish Mothers--now murdered--putting them to bed every night with the Shema on their lips.
Singer Yaakov Shwekey has used the legend to create this beautiful song--Enjoy