One I Asked (Achat Sha'alti) New From the Razel Family

How Pure Olive Oil for the Temple Menorah is Produced

An Oldie but Goodie!

Happy Chanukah!! Remember Matisyahu Back in the Day??

A Chanukah Song from Six13 and Friends Around the World~Enjoy!!

The Magical Story of the Eight Candles~Flames of Hope

Lyrics:
Through the long and darkest times we found the strength to bear
With the dawn past the raging storm
The light appears once more

And the few fought the many the weak defied the strong
The righteous dueled with evil with the Hand of Gd, we won

Naomi Seibt~A Look At the Other Side of Climate Change

Thankfully There Are Young People Who Can and Do Think For Themselves!

Rise Up! Happy Chanukah to Everyone!!

Hate Israel? Then You're No Friend of the Jews!

Pat Condell Speaks Out~Not Only the UK, The World is Descending Into Madness!

Canada~Home to Largest Rat-Free Part of the World!

Who Knew? I Lived in Alberta And Loved Many Things About It~This is Just One!

What the Left is Doing To Western Civilization

As Always Pat Condell Eloquently Exposes The Truth~If Only People Would Listen! 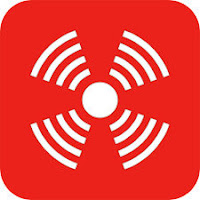 Since about 7:30am my Red Alert App has been pinging constantly with very little down time. In a space of about three minutes (from 09:20 to 09:23)  I counted fifty alerts...

Very early this morning IDF targeted Islamic Jihad commander Bahaa Abu al-Atta, sending him off to his 72 virgins. He had carried out untold attacks on Israelis and was about to target more, so, Israel retaliated and stopped him.

Israelis from Sderot, Netivot and areas all the way up to Ashdod, Ashkelon and Ramat Gan are being bombarded. The Israeli news channel showed the Tel Aviv train station being evacuated.
I live in Jerusalem, and so far it is very quiet. I am guessing the reason is that the rockets are not accurate and they are afraid they will hit their mosque that sits on the Temple Mount.

Like always, Israel has a policy of making pin-point attacks. We do not drop bombs indiscriminately. The PA news is announcing that Israel has been bombing Gaza since early morning. Not true. What is true, is Islamic Jihad minions have been firing non-stop rockets into Israel, and now, the IDF has started pin-point attacks to take out the rocket launchers~and they are very accurate.

Make no mistake, when you declare war on Israel and fire rockets at our kids, be assured that our Israeli Forces will stop you~permanently!
Posted by Orfan at 11/12/2019 10:19:00 am 1 comment: Links to this post

Why Israel Can Never Withdraw to Pre-1967 Borders

Borderline Bar and Grill: A Tale of Men & Masculinity